The Current Commercial Real Estate Landscape in the U.S. 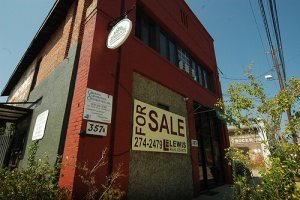 As Mark Twain (may have) said – “buy land, they aren’t making any more of the stuff”. If – as Mr. Twain rightly pointed out – the supply of developable land is not increasing, why then does the commercial real estate market continue to grow? Real estate is inextricably linked to basic macroeconomic forces and, as populations and economies grow, so too does the demand for the built spaces necessary to carry out basic functions of a market-based society: living, working, eating, congregating, producing goods, and purchasing needed or wanted items.

In other words, as long as there are more and more of us, and we still organize ourselves into cities, towns, and suburbs, commercial real estate markets – the aggregate of commercial property for sale – will continue to grow. (more on this in the next chapter).

Here are some of the key factors and forces shaping commercial real estate markets in the United States:

These broad trends are important to keep in mind, and can help provide context around return projections and investment theses. Remember, though, that “location, location, location” remain the top three things to evaluate – each market and neighborhood comes with its own set of considerations when it comes to a potential real estate investment.

The capitalization rate, or “cap rate”, is one of the foundational concepts for talking about, evaluating, and understanding a...
Read More

The most important reason to include real estate as a significant portion of your overall portfolio is the diversification...
Read More

This site uses cookies to ensure that you get the best experience.