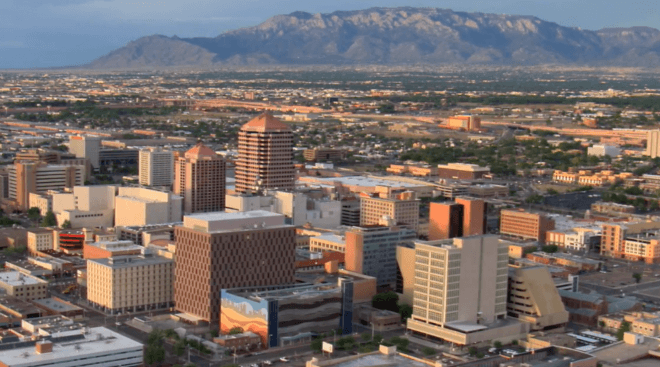 Select sunbelt multifamily markets have shown relative strength during the pandemic, owing to a combination of low cost-of-living; relatively low population density that may currently appeal to renters and employers; favorable tax regimes for residents and employers; local economies less predicated on tourism; and limited supply of new housing stock.

Albuquerque is one such market, which exhibits the above sunbelt characteristics in addition to geographic restrictions to expansion and a solid U.S. Military presence that reduces volatility. Rent expansion in Albuquerque has remained flat or positive throughout the COVID crisis. On a trailing three-month basis through September, rents rose 0.6%, 50 basis points above the national average. Limited supply favored rent hikes, as demand remained strong within the metro. At the end of September, the average rent was $957, significantly below the $1,463 U.S. figure and contributing to the metro’s low-cost-of-living reputation.

Demand in the Albuquerque Multifamily Market

New Mexico moved quickly to mitigate the economic fallout from the pandemic within the state, including a $13.3 million package to provide housing assistance and rent relief. The City of Albuquerque’s economic development department has meanwhile provided working capital grants of up to $5,000 to qualifying small businesses. Albuquerque’s labor force skews more toward public sector employment, health services, and trade–and less on tourism–than many other metros. Professional services has rebounded faster than the metro’s other sectors, adding 2,000 jobs in Q3 to offset losses in the first half of the year. Netflix recently announced plans to invest $1 billion in the company’s ABQ studios and hire an additional 1,000 workers. In sum, Albuquerque’s local economy has been adversely impacted to a lesser degree then the U.S economy overall. The local economy continues to diversify, potentially driving greater multifamily demand and rent growth in coming quarters. 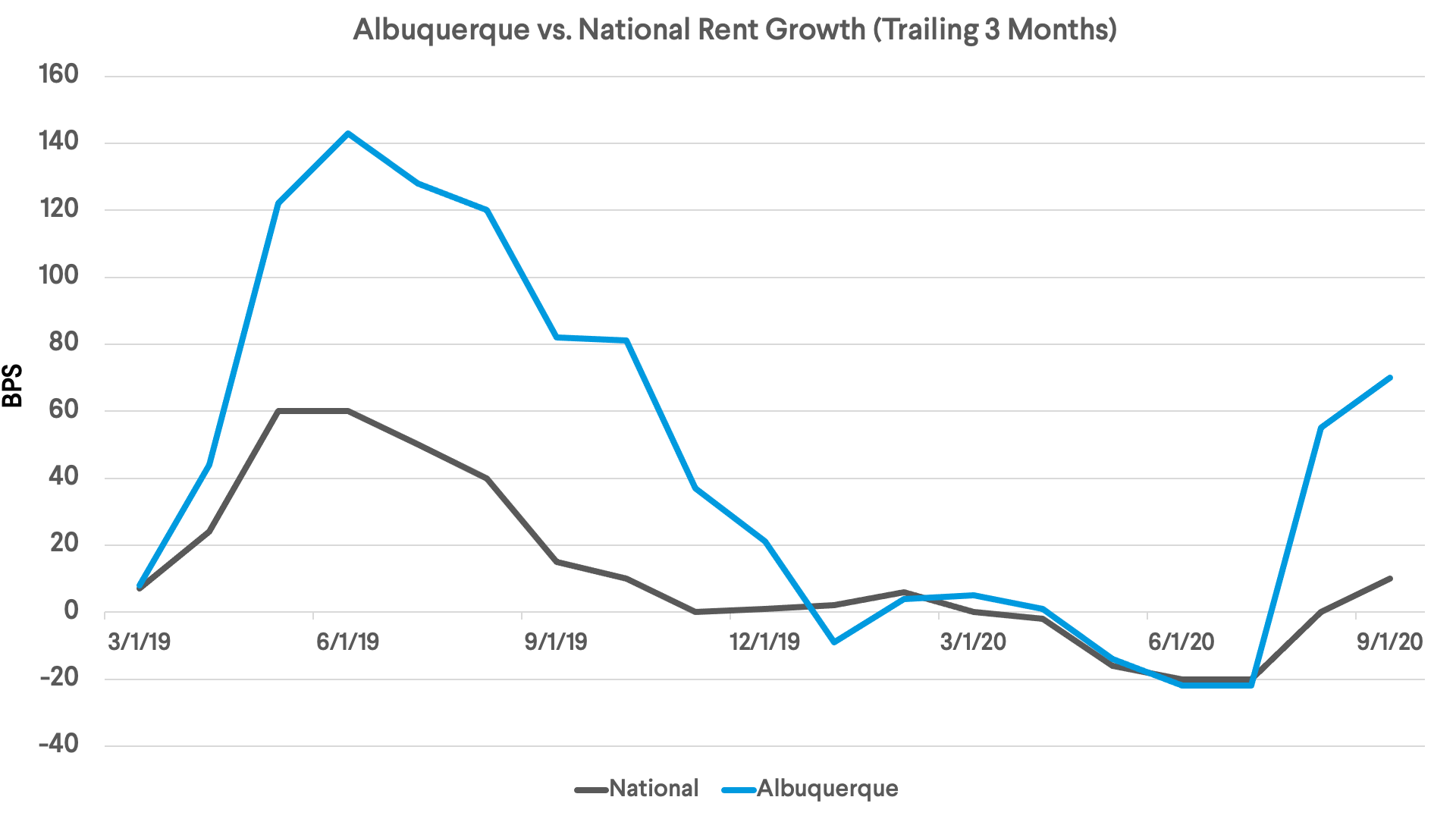 Supply shortfall also accounts for the present strength of Albuquerque’s multifamily market to a large degree. Through September, developers had completed only a single, 54-unit property, accounting for 0.1% of the market’s total multifamily stock–150 bps below the national rate. Limited inventory has pushed occupancy levels in stabilized multifamily properties to 95.8% as of August, 120 basis points above the national average. Overall, vacancies reached a 5-year low in Q3, according to NorthMarq.

EquityMultiple evaluates opportunities across property types throughout the United States. At the present moment, market dynamics and demand trends clearly favor the Albuquerque multifamily market. For details on EquityMultiple investments in promising real estate markets, please create an account or schedule a call with Investor Relations to discuss further.