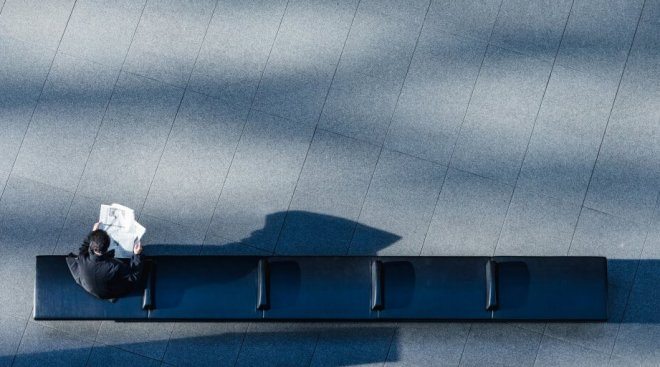 Each month we bring you the best of what we’re reading in industry news & market trend commentary. Sign up here to get this curated news brief delivered directly to your inbox.

Checking In On Inflation

When we put out the last Monthly Multiple, May’s CPI (consumer price index) figures had just come out, and the Fed was preparing to regroup on near-term monetary policy. One of the big fears of real estate investors and developers, when it comes to inflation, is input costs. Over the past two months, U.S. lumber prices continued a torrid upward swing before abruptly falling back to roughly where they were at the start of the year. This appears to simply be supply and demand doing their familiar dance; soaring demand in residential property markets drove up prices in the first half of the year, prompting suppliers to expand capacity and forcing some would-be builders or renovators out of the market.

As the Fed seeks to manage perceptions, its decision-makers are talking-about-talking-about rate hikes and scaling back quantitative easing. Taken at face value, though, the Fed seems optimistic that the supply bottlenecks of the early recovery are being sorted out, and that persistent inflation is unlikely. Federal Reserve Chair Jerome Powell last month specifically called out the drop in lumber prices as evidence that upward price pressures are generally cooling.

The Labor Market Labors On

One of the key ingredients in the general supply v. demand recipe — the labor market — is in muddier territory. Despite robust job growth each month, there are still 4.2 million more unemployed persons now than in March of 2020*. None of the obvious explanations quite stand up to scrutiny. Single parents (who may be in a bind due to ongoing school closures) make up a tiny fraction of the non-employed. Some service sector workers may still be avoiding hospitality and restaurant workplaces due to virus leeriness, but the typical service sector worker is young, of the same demographic that seems to have no issue now returning to bars, restaurants, and clubs. Finally, the disincentivizing effect of stimulus checks has by now likely worn off.

It’s possible that America’s workforce is taking the pandemic as an opportunity to do some collective soul-searching, particularly younger workers who may now be staying away from their former gigs at bars, restaurants, and construction sites. In classical macroeconomic terms, this could amount to a forced experiment in structural unemployment. In other words, maybe we look back on this as a short-term dust-up in the labor market that ultimately leads to a happier, more productive workforce and spurs innovation. Marc Andreessen, for one, sees the post-pandemic recovery as an opportunity to begin sharing innovation and economic growth more broadly across the U.S.

If this is the case, real estate investors could enjoy a period of enhanced opportunity, especially in the new boomtowns where burgeoning tech scenes and strong educational institutions are drawing in younger professionals, such as Phoenix, Nashville, and Raleigh. Especially if inflated lumber costs don’t sink a developer’s pro forma.

In the short term, suppressed supply in the labor market could contribute to acute inflation. However, real estate investors can rejoice at another element of current price dynamics: the emerging impact of home prices on rents. As of April, U.S. home prices were 14.6% higher than a year earlier on average, driven by low mortgage rates, increased savings rates, and a newfound appreciation for a space to call home. Over the same period, average rents either stayed flat or declined in most markets.

Now, though, rent growth is likely to pick up substantially, partly because the single-family housing market has been so hot:

According to the National Association of Realtors, construction of new housing in the past 20 years fell 5.5 million units short of historical benchmarks. This over a period when real wages have largely stagnated and new wealth has concentrated around knowledge capitals like San Francisco and New York. The pandemic and ongoing ascent of remote work may disperse knowledge workers and relieve some of the froth in gateway metro multifamily markets. However, fast-growing secondary metros like Phoenix and Austin must now contend with the looming threat of skyrocketing rents, with San Francisco et al as a cautionary tale.

Lack of affordable housing doesn’t just hurt low-and-middle income renters. It hurts the economy by creating massive negative externalities (like increased traffic as workers are forced to commute farther) and takes dollars away from economic activity.

Housing affordability is a complex issue, idiosyncratic to each metropolitan area. Beyond demographics and supply, it also involves building regulations and local zoning standards. However, there is one sure-fire way to mitigate housing supply shortfalls and guard against burdening renters: build more units. In order to close the gap of 5.5 million units builders would need to increase new inventory by 40% — to 2.1 million units per year — over the next decade. Some voices in the housing debate claim that new apartment buildings (particularly Class A) contribute to rent increases and price out legacy renters at the margin, what you might call “gentrification” concerns of new supply. The latest economic literature, in fact, shows the opposite. In a rigorous, recent study from urban economists at MIT and Harvard, modeling shows that new buildings in lower-income areas in fact decrease rents in nearby buildings by 6%, on average, while increasing in-migration from low-income areas.

There is no one-size-fits-all solution to housing affordability, but more supply of quality multifamily is undoubtedly a key ingredient in every growing metro in the U.S. This means more opportunity for developers and real estate investors in the years to come, including for those investors motivated to see their capital amount to positive social impact. This includes creative rehabilitation and reuse, investment strategies that are a current focus for EquityMultiple’s Investments Team.

New From The EquityMultiple Team

What happens after you invest in an EquityMultiple offering? An in-depth look at the full deal life-cycle, from closing through exit.

In case you missed it, the latest release notes on our continually improving Portfolio Page.

How Real Estate Can Help Hedge Against Inflation

“Commercial real estate can reliably provide a hedge against inflation, but only if managed well.”