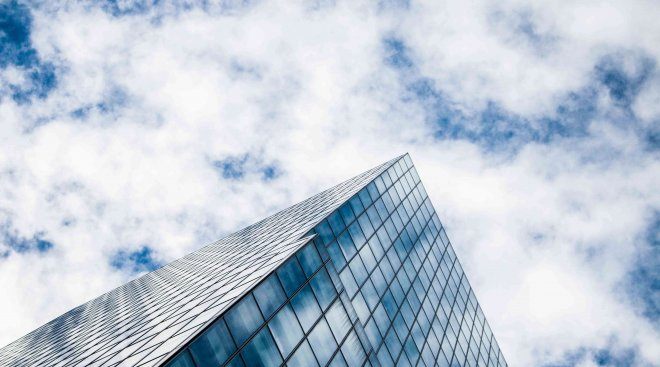 Debt service coverage ratio (or DSCR) is one of the key metrics utilized in evaluating commercial real estate transactions and finance decisions. At a basic level, the ratio operates in the same way for real estate companies as it does for individuals paying down a mortgage: it is the net income available to service a loan, per unit time. Whether an individual or a company, the ratio is used as a measure of “credit worthiness” or, conversely, as a measure of risk for the prospective loan issuer. A lender (or debt investor) will consider DSCR as a primary determinant of the investment’s risk. The higher the DSCR, the more cushion the borrower has to maintain payments toward their debt obligation if adverse circumstances arise, and hence the less likely the borrower is to default on the loan.

In the case of commercial real estate lending, the ratio can be expressed as DSCR = NOI / Total Debt Service, where NOI is the familiar Net Operating Income figure (Effective Gross Income less Operating Expenses) and Debt Service captures both interest payment and, for amortizing loans, interest and principal for the unit of time being considered.

A debt service coverage ratio of greater than 1 indicates that property cash flows are sufficient to service the loan, however most commercial lenders require a significantly higher minimum DSCR in order to originate a loan, typically in the range of 1.15-1.35.

Traditional lenders – large national or multinational banks – are often bound by minimum DSCR thresholds for lending, typically in the range of 1.2-1.3. Non-bank lenders, or “hard money lenders”, may be somewhat more forgiving of a DSCR closer to 1. In either case, the DSCR at which lenders are willing to lend will depend somewhat on market conditions and macroeconomic trends, all factoring into the perceived risk of the particular loan; in a healthy market during an economic upswing, a lender may be willing to lend at a DSCR closer to 1. All else being equal, a lower debt service coverage ratio will be associated with higher default rates (see below).

Other aspects of the borrower’s situation may also factor into the DSCR required by the lender, such as their track record in sustaining NOI and making timely payments on past loans. All else being equal, the lower a DSCR, the higher the rate a lender (debt investor) will require in order to issue the loan. Private lenders that are able and willing to lend at a lower debt service coverage ratios command rates in the high single-digits or low-teens. 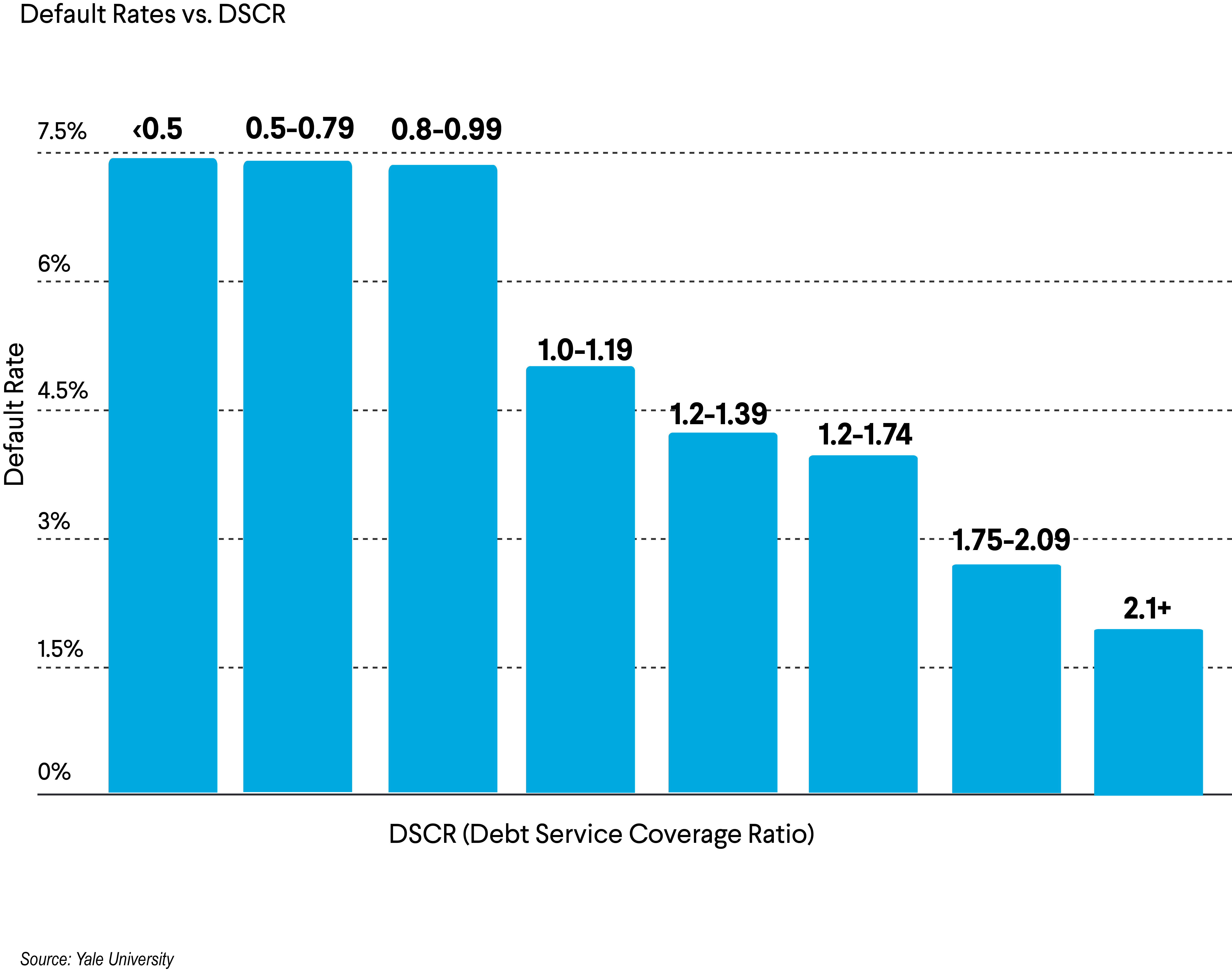 A low DSCR is not bad, per se, and should not be considered in a vacuum. The borrower’s credit worthiness, the soundness of the business plan, and various risk mitigants may make a lower DSCR acceptable, particularly if the investment carries a correspondingly higher target rate of return. For example, a multifamily debt investment previously available on the EquityMultiple platform entailed a 0.5x DSCR. However, the investment also carried an interest reserve and a full recourse loan

DSCR is not a useful risk measure in the case of a ground-up equity investment, in which case the investor expects the borrower to be operating without cash flow for a significant period of time, and the investor must instead look at the capability of the developer and strength of the business plan, in the context of market dynamics, to assess the investment’s risk factors.

Debt service coverage ratio is an extremely important metric not only in our underwriting, but in an investor’s decision-making process. When evaluating debt opportunities, the DSCR directly indicates how vulnerable the borrower will be to adverse circumstances that may arise. The metric also bears consideration for common equity investments: since the senior lender is always first to get paid, DSCR indirectly tells us how much cash is left for equity investors during a certain time period.

That said, other mitigating factors – such as interest reserves – may offset the risk from a low DSCR, particularly in cases where the borrower may need an alternative to cash proceeds from rents in order to service debt during a stabilization period. If you have further questions regarding DSCR, please don’t hesitate to reach out to Investor Relations at ir@equitymultiple.com.