A Gateway Market is a city, metro, or DMA (designated market area) that is considered in the top tier by real estate investors as far as population, economic health, economic diversity, density, and desirability for residents (particularly young professionals). As a consequence of these factors, gateway markets are also considered the most stable, safe, and generally appealing for real estate investors.

On the flip side, gateway markets are competitive for real estate transactions and development, and tend to entail a high degree of local government regulation and relatively high construction and maintenance cost. As such, investments in gateway markets tend to exhibit compressed return potential versus secondary and tertiary markets. Real estate investments in gateway markets often align with the ‘core’ or ‘core plus’ strategy: acquiring a stable asset with the intent of holding it for a period of time, enjoying relatively safe rental cash flow, and exiting the property in a robust market where assets trade at high velocity. Again, due to the competitiveness and efficiency of gateway markets, return objectives tend to be modest in comparison with more opportunistic secondary and tertiary market business plans.

Gateway markets are present throughout the world’s developed countries, and often possess strong tourism industries and knowledge capital basis, reflecting a cosmopolitan flavor and diversity of attractions for companies, tourists, and residents. Gateway Markets may alternately be referred to as “24 Hour Cities”. Though there is no authoritative list, and the concept is fluid over time, the Gateway Markets in the United States presently emerge at metro populations above 8 million. Though being on the coast is not a requirement, most Gateway Markets in North America are on either coast.

Gateway Markets in the United States

Below are a list of current U.S. Gateway Markets and their key industries and demand drivers: 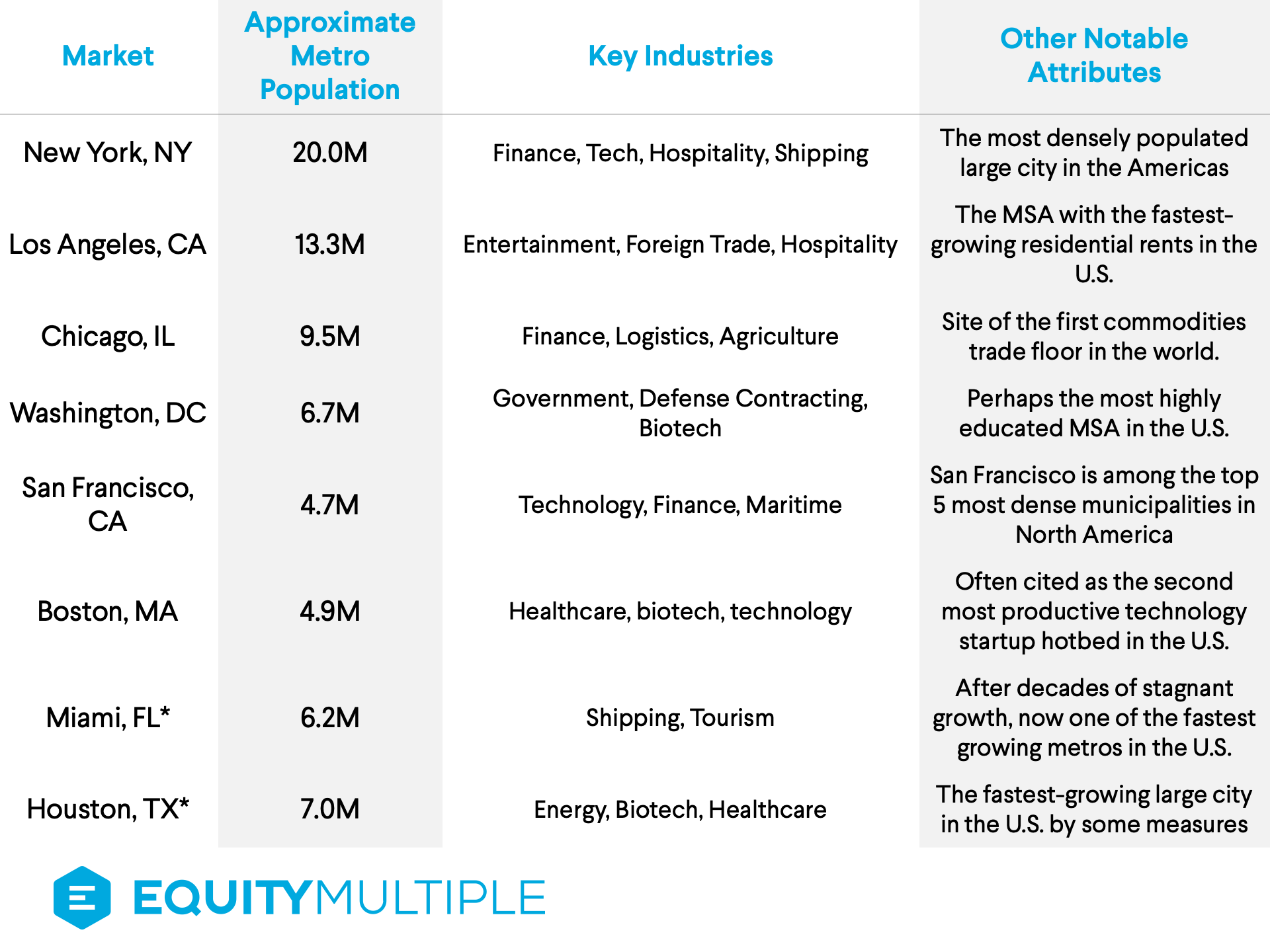